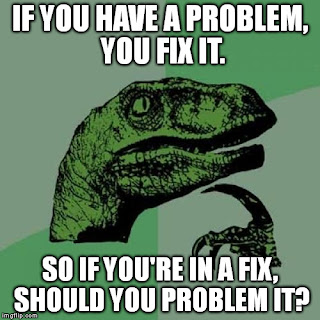 For the last 30 days or so, our society has been trying to determine what the heck is happening. Fear of disease weighs over us as we watch our dream jobs disappear, businesses close, savings dwindle, and relationships that were pretty good, are now hanging by threads. How are we going to evolve from this crisis? Our society is going to experience a paradigm shift in most assuredly every industry in our country.

On the other hand, many positives have happened during lockdown/isolation/
quarantine as it has forced new living arrangements, cooking and meal plans, and creative ways to solve problems. All can be a blessing, but generally it can be calamity. 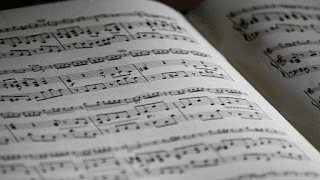 It isn't difficult for me to admit that this trying time has exposed diverse emotions, as it has for every one else in this world. Here's to hoping that we can start down the path to what life used to be very soon.
Like a lot of people, when I see or experience a problem, I look for a means to fix it. I'm not a wizard by any stretch, but I try. But the current global crisis is going to require fixing beyond anything my brain can accommodate.

I've lately tried to escape by listening to lots of music and in a bizarre twist, one word contained in song lyrics keeps tugging at me.

Since you likely have the time, take a listen to the "fix" songs linked here and see if you can pinpoint "the fix".  I certainly wish I could be The Fixer.


The Fixer - by Pearl Jam


Shake Me Down - Cage the Elephant


Since You've Been Gone - Rainbow


Fixing A Hole - The Beatles


Tune in to the latest "She Said She Said" podcast with John Lennon expert Jude Southerland Kessler, Sirius XM's Beatles Channel co-host, Tom Frangione, and myself. We chat about the effects of the COVID-19 pandemic on our lives:

The holiday season stirs up memories of friends and family. My friend and guest blogger, Katy Brandes, shares a poignant story about a meaningful gift she received and how The Beatles gave her strength.

When I began working full-time right out of high school, I met someone who became my mentor. Bill had his own daughter but served as a father-figure to me. Bill and I last spoke as he lay in a hospital bed before his death in 2001. I can almost see his warm smile in my mind’s eye, albeit an unfocused past memory, greeting me from such a cold and sterile placement beneath bleached white hospital sheets.

Although not my boss, I had assisted Bill and other insurance claim adjusters over those past years and worked particularly closely with him. His special interest in me, at 19-years-old, was something I sorely needed at an impressionable time.

Maybe I wasn’t very perceptive at that point, not quite as insightful as I’ve grown to become. At Research Medical Center in Kansas City, where I lived, I visited him one last time but was clueless as to how soon he’d be gone. It wasn’t obvious to me then how Bill’s illness from cancer meant his death was imminent and only later would I look back and see what an impact he had on me.

He asked me, “So do you still like The Beatles?”
“Well, of course I do,” I laughed in reply.

Though they were no longer in the favored spot I once held for them, they still rated right up there with the Stones, Janis Joplin, and Jim Morrison (all the greats without whom we would have modern rock-and-roll). Stuck in my alt/grunge phase, I grooved more on Soundgarden, Nirvana and Pearl Jam around then but still felt my old rock roots. 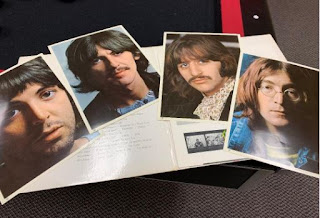 Bill said, “Well, Vicky has something for you. It used to be mine, and I want you to have it.” Little did I know he owned the White album by The Beatles and gifted it to me for college graduation.

It was an original copy released in 1968 when I was yet a baby, maybe bought when he was a college student himself. Although I knew that was his era, he’d never openly shared about his love of music. Bill grew up in a farming community, but I always considered him more of a “corporate” type person, and never would’ve dreamed him being a rocker back in his day. All the stereotypes I’d used to categorize him, all the ways I mentally pre-supposed him, crumbled. We became more than former co-workers at that moment.

Sure, I’d gone on claims with him, and he’d told me Mafioso legends about cars with bodies stuffed in trunks amidst Kansas City’s underground storage. I always felt a kinship with Bill and took off work specially to travel to his retirement party. Though I thought he held me in similar regard, I never knew us as such kindred spirits musically until receiving that present.

The Lp came complete with poster inserts, a genuine collector’s item. One of the first things I noticed, though, was an inscription inked on the cover. Bill’s wife made it personal to me, destroying its monetary value. No matter, though, as my gift from my surrogate dad meant more than that to me. He could have done anything with that album but wanted me to have it.

Bill was part of the reason I actually finished my degree. Maybe knowing I wanted more than a secretary job, he went with me to visit a university admissions counselor. Who does that for somebody who’s not their own kid?

My parents never went to college. Small town blue-collar workers want better for their children but may not know how to help them move up the proverbial ladder. I wanted to break through the glass ceiling but needed someone to nudge me in the right direction. Bill even offered to help me find somewhere a full-time student could afford to live. Remember, I was not his kid. He personified the cliché of someone who would give you the shirt off his back. That was just him. I typed many student reference letters at his request for scholarship or admission applications on which he scrawled a very physician-like signature. I can’t imagine how many he, as a school board member, wrote over the years or the number of kids he helped besides me and his own daughter. 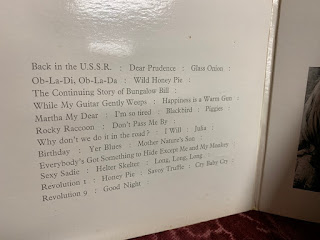 The irony strikes me of how I used the song “Blackbird” of the epic Fab album years later. I’d forever worried about never having any children. Being within a few hours of delivery and scared out of my wits, I needed to calm down en route to the hospital. Listening to that steady intro tap like a metronome helped slow my shaky heart. The music settled my nerves, and the diminutive 2:18 cut played on repeat the entire drive.

The chorus soothed me. “All your life, you were only waiting for this moment to arise.” That was me. I could only hope to be someone like Bill, a mentor to my child, readying my child to go out into the world one day, and I could hear his voice in those lyrics.

My son, growing into an admirable young man himself, already happens to be a lot like him.

Katy Brandes is a self-professed pop culture genius/nerd, sometime wordsmith, independent writer and yogini, eco-warrior, and reluctant-but-frequent user of air quotes. She’s a multi-tasking Mother Quoter with short-term memory issues but no problem remembering song lyrics from 40 years ago. She enjoys correcting other people’s grammar and spelling with a mental red pen whether she’s right or not.

Thanks for reading and Happy Holidays to you and yours! I highly recommend following Katy @onlyintheozarks - she has some of the best posts about hillbilly country!

And while you are at it, be sure to join my mailing list to receive updates!
You can do it at:  www.laneastagg.com


Marilou Regan, award-winning professional journalist and author, interviewed me about "The Rolling Scones-Let's Spend the Bite Together." Stones fans will love her site - check it out here:

"Would you let your daughter eat a Rolling Scone?"

Beatles at the Ridge Update

If you did not make it to Beatles at the Ridge in Walnut Ridge, Arkansas, have no fear! A lovely time was had by all, and the photos below document that fact. The guests for the Authors and Artists Symposium were outstanding! You can find links below to their websites, etc. This is a wonderful opportunity to shop early for holiday gifts - you will be the hit of the party by doing so.


The Kansas City Star posted an informative article about The Beatles' brief visit in Walnut Ridge, Arkansas, read all about it here:

BEATLES AT THE RIDGE FEATURED
AUTHORS AND ARTISTS:

Jim Berkenstadt, The Rock and Roll

Rita Lokerson has beautiful Beatles items for sale. You can reach her via email:  rromm25@gmail.com

Bud Loveall is a regular Beatles vendor at notable Beatles conventions across the country. 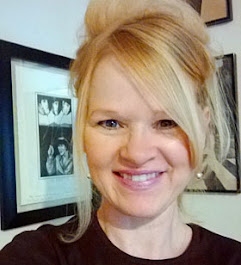 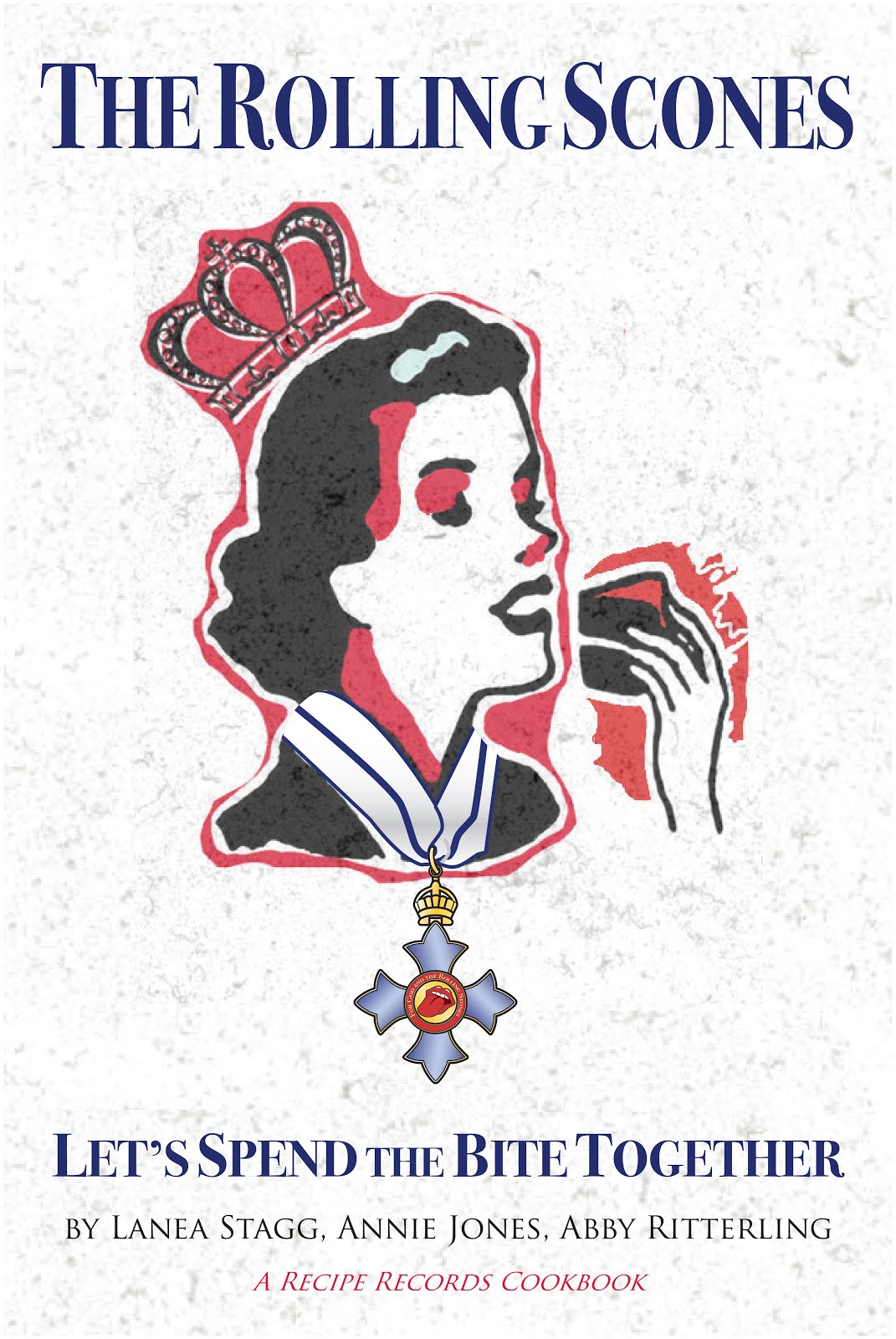 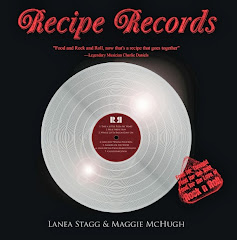 Recipe Records: A Culinary Tribute to The Beatles 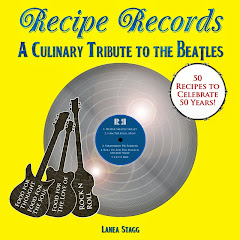